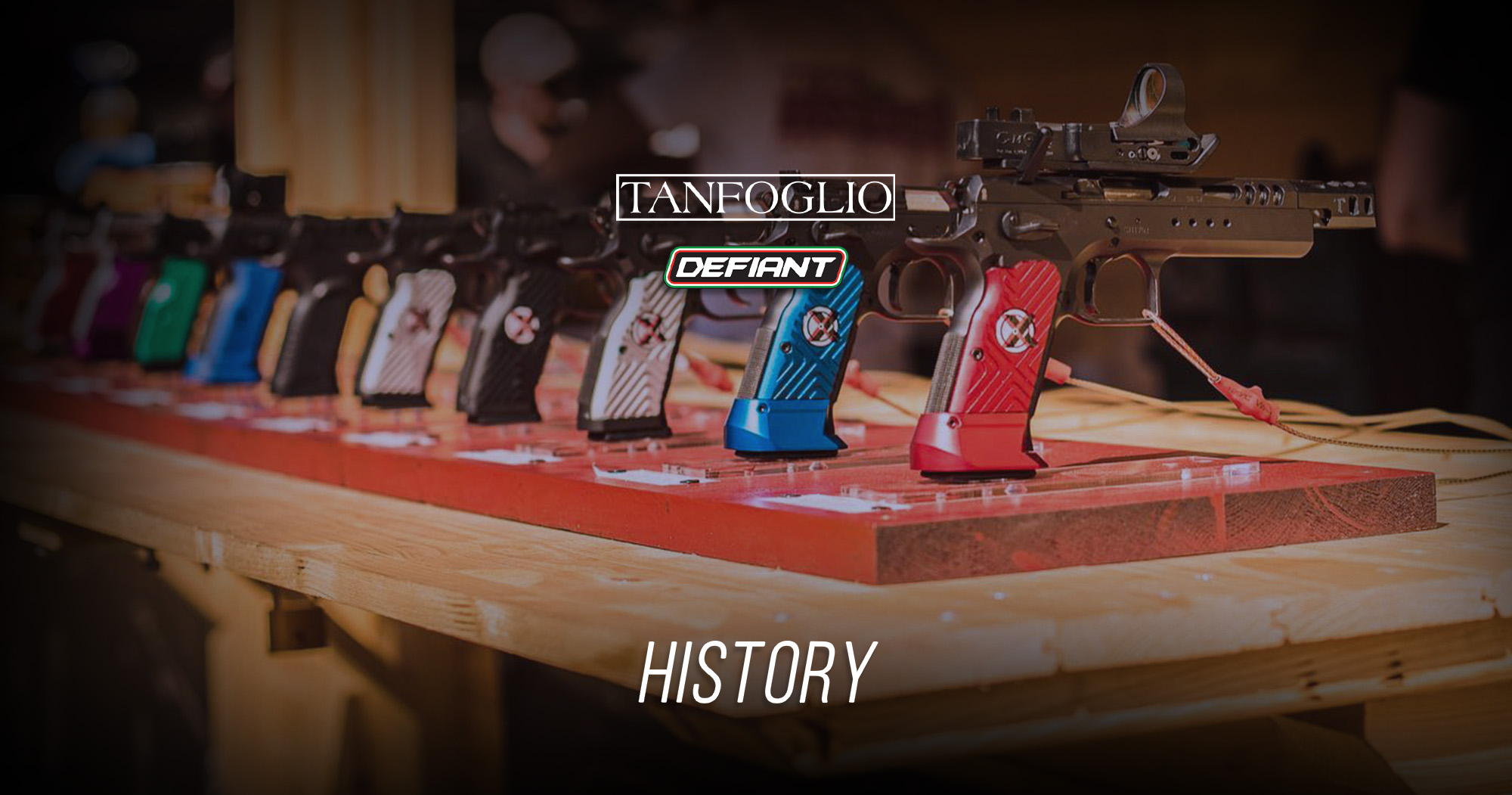 The Tanfoglio family is in the firearms business from the first years of 1900 when Bortolo Tanfoglio, father of Giuseppe, was manufacturing and assembling in his factory in Magno, a little village above Gardone Val Trompia in Brescia County, sidelocks for all the local manufacturers of external hammers shotguns.After the Second World War Giuseppe Tanfoglio was still producing the shotguns sidelocks but in 1948 he formed a company called SATA, joining the Sabatti family, and the new company started producing the shotguns receivers and small shotgun parts for all the manufacturer located in Trompia valley.

In 1953 SATA started producing its first semiautomatic pistol in cal. 6,35mm and .22 Short and a few years later an over/under shotgun. At the end of 1960 SATA company was closed; Tanfoglio Giuseppe formed a new company called Tanfoglio Giuseppe and left the shotguns business to his former partner, Sabatti family.

Tanfoglio Giuseppe company produced in the ‘60s other semiautomatic pistols in cal. 6,35mm (Titan model), .22lr, 7,65mm and replicas of the Derringer models with 1 (one), 2 (two) and 4 (four) barrels and double action revolver in cal.32S&W. Tanfoglio Giuseppe company continued to produce those models till the beginning of 1992 when it was closed due to the changes of the U.S.A. market.

In 1969 the Tanfoglio family formed a new company called Fratelli Tanfoglio (Tanfoglio brothers) that produced in the ‘70s single action revolvers in cal.22lr and .22 Win. Magnum and Derringer with 2 (two) barrels in cal.38Special. In this new company Lino, Marilena and Massimo Tanfoglio worked to to continue the family tradition.

During the ‘70s Fratelli Tanfoglio produced also semiautomatic pistols in cal.380ACP but it is only at the beginning of the ‘80s that Fratelli Tanfoglio started producing a new model, the TA90, that was the base of the actual production.

Fratelli Tanfoglio stopped producing single action revolvers and Derringer models in 1990 and the production is now focused on the double action semiautomatic pistols in all the different calibers starting from .22lr to .45ACP with different configuration (Standard and Compact) and with decocking system or with manual safety mounted on the frame.