Each Partner Manufacturer represents at least one of the four primary categories of firearm manufacturing: competition handguns, hunting and precision rifles, state of the art shotguns, and historical reproductions. They bring the latest in firearm design, technology, and materials to the USA while continuing to follow the centuries-old gun manufacturing traditions of Italy. Those traditions have always emphasized quality, accuracy, and safety and well as workmanship and beauty. Each of IFG’s Partner Companies are considered leaders in their respective category and are proud to offer their products to the American shooter.

In May of 2014, IFG officially opened its warehousing and distribution operation in Amarillo, Texas. This investment in a stand alone facility for IFG’s variety of products and services was considered essential to success in the American Marketplace. Having customer service, support, as well as marketing and warehousing operations located in the USA was a top priority for each of these Manufacturers. After 5 years of success, IFG was able to relocate into a custom built facility on the I-40 corridor of Amarillo, Texas. In December 2019, IFG officially moved into its current home. IFG continues to bring new and innovative products into the USA from our four Partner operations and looks forward to growing our business and becoming the long standing industry partner the USA firearms market demands. 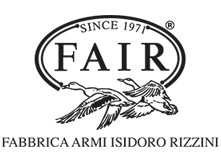 Since its creation in 1971, F.A.I.R has been committed to an intensive Research and Development program and to the use of the latest technology and materials in the manufacturing of its shotguns. This focus on technical innovation, while still following the centuries old gun manufacturing traditions of Northern Italy, is a key element of their success in creating functional and highly reliable sports and hunting shotguns. 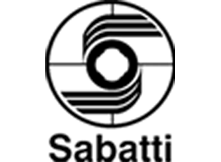 The Sabatti family has played an important role in the Italian firearm industry since the early 1700’s. Located in Northern Italy, in a region renowned for its gun industry, we find members of the family excelling at different gun related crafts throughout the years. 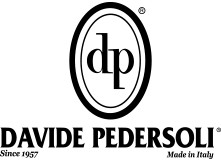 Davide Pedersoli produces the world’s best recreations of historically significant firearms from the 18th and 19th centuries. With a strong belief that gun replicas should be historically accurate, Pedersoli researches each gun it plans to reproduce to identify not only the characteristics of the firearm itself, but also the manufacturing traditions and mores of its time. 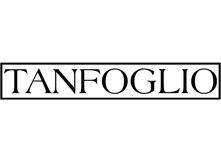 In 1948, Giuseppe Tanfoglio and Antonio Sabatti founded the “SATA” company for the production of shotguns and components. In 1953, the company began making small pistols in 25 ACP, .22 Short, and 22 LR. In 1960, Giuseppe formed a new operation that produced semi-automatic pistols, derringers, single and double action revolvers, and shotguns mainly for the USA until 1992. Founded in 1969, the Fratelli Tanfoglio company was created specializing its production and manufacturing on semi-automatic pistols in various calibers for self defense. Focus again narrowed in 1986 when the company began production of models for sport shooting - specifically for I.P.S.C. and I.D.P.A. competitions. Tanfoglio products are a benchmark of excellence for fans and shooters all over the world and continue to be a global leader in law enforcement and duty style firearms. In 2021, IFG became the sole importer of Tanfoglio products into the USA market allowing Tanfoglio to take advantage of the industry leading customer support provided by the Amarillo, Texas operation.